This year’s lecture will feature Sarah Ladislaw, Director and Senior Fellow, Energy and National Security Program, Center for Strategic and International Studies, speaking on energy and the changing global landscape.

The United States is blessed with ample natural resources, a strong economy, a vibrant system of universities and civil society groups, and world-class private companies.  Each has contributed to the United States’ position as one of the largest energy producers and consumers in the world, and a leading source of innovative energy technologies. Today the United States stands at an inflection point brought about by the strategic posture and decisions we took to face the energy challenges that shaped our collective outlook for the last ten years or more.  The last decade was about the onset of the growth of Chinese demand and the race to keep up. The world was seized with energy supply and affordability concerns due to high prices and competition for resources. Energy security took on a heightened role in political, economic and foreign policy discourse. Energy security and climate change interests converged as consumers and politicians were equally anxious to move on from high and volatilely priced fossil fuels. The climate community seized on the opportunity to build political momentum to deal with climate change – moving past a scientific debate toward enabling global action.  During much of this time, technological solutions at the forefront included advanced biofuels, nuclear power, the hydrogen economy and carbon capture and sequestration (CCS). Policies enacted and investments made in the market context of that period yielded great success like the shale gas and tight oil revolution and the significant decline in cost of solar PV and batteries, while technologies like nuclear, biofuels, and CCS experienced less successful outcomes. Out of this timeframe came a global climate agreement with broad participation and a roadmap for future action.

Now the United States faces a world in which the energy system is very much in a state of flux. Oil markets are coming back into balance after two years of oversupply accompanied by a dramatic fall in prices.  The future price trajectory is uncertain but a bumpy ride at lower price levels seems likely. Although one cannot discount the possibility of major price spikes driven by supply disruption, economic headwinds and uncertainty in major economies like China are likely to weigh on expectations for energy demand growth in all parts of the world. Technological, policy and market changes continue to reshape established and developing electric power sectors in terms of generation mix, efficiency, and complexity of the grid. Geopolitical turmoil in certain key energy producing regions of the world will continue to keep oil and gas markets on edge. A wave of populism, anti-globalization, and political discontent continues to weaken institutions and create a crisis of governance in many countries around the world. On the climate front, governments and other stakeholders continue to push for greater ambition for global climate action while endeavoring to connect the world’s poorest countries to modern energy services. One of the deep ironies of this change in outlooks is that a decade ago the U.S. pined for energy independence brought on by greater self-reliance. Today, the United States is producing more energy than ever relative to its consumption and it is just as tied to the fate of other countries as it was a decade ago.  Today’s landscape poses many challenges and opportunities for the United States.

Al was active in the international petroleum industry for more than 50 years, serving as AIPN’s sixth president, as well as founding the European Petroleum Negotiators Group in London. Al’s dedicated volunteer outreach efforts helped give AIPN a truly international identity, paving the way to make the organization what it is today. He was also instrumental in creating and maintaining AIPN’s former resume referral service, helping more than 100 professionals in career development.

Online registration has been closed.  Onsite registration will be on a space available basis. Email aipnevents@aipn.org with questions. 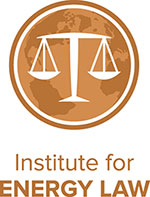