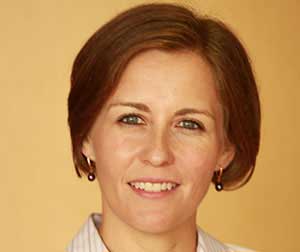 Lauren Wilder is a Manager, Latin America for Repsol’s Latin America Business Development group located in Houston, Texas. Since joining Repsol in August 2014, Lauren has structured and negotiated a number of upstream oil and gas transactions in Latin America and the Caribbean. During the spring of 2015, Wilder was based in Calgary as a member of Repsol’s Transition and Integration Team associated with the acquisition of Canadian oil and gas company Talisman. At present, Lauren is responsible for managing the Latin America BD group, and also leads several acquisition/divestment projects in the region.

Prior to her present tenure at Repsol, Wilder was a Commercial Advisor for Hess Corporation, where her scope of responsibilities focused largely on deepwater oil and gas projects and included negotiations of processing, export and commercialization agreements, development and implementation of commercialization strategies, and midstream economic analysis. She served as Commercial Lead for the Stampede Development Project (GoM) and led multi-party negotiations for the successful completion and execution at FID of a suite of oil and gas export-related Agreements, representing >$400MM in value. Wilder also lead commercial efforts for projects in Ghana, Kurdistan, and Peru. She began her work with Hess Corporation in the Global Negotiations and Business group, where her scope of responsibilities included new ventures acquisitions, host government agreements and compliance, and joint venture negotiations for projects in South America and West Africa.

Presently serving as Vice President of Communications, Wilder has held a seat on the AIPN Board of Directors in the past as well, as Young Negotiators Director from 2010 to 2012. Additionally, Wilder chaired the Houston AIPN-Young Negotiators committee in 2011 and was on the Core Organizing Committee for both the 2012 Spring Conference in Washington DC as well as the first annual International Petroleum Summit in Houston in 2016.