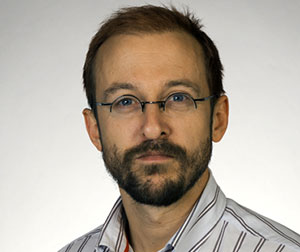 Kim Talus is a Professor of European Economic and Energy Law at University of Eastern Finland Law School and the Director of the Center for Climate Change, Energy and Environmental Law. He also serves as a Professor of Energy Law at the University of Helsinki. In January of 2018, Talus will join Tulane University as the inaugural holder of the James McCulloch Chair in Energy Law and become the founding director of the new Tulane Center for Energy Law. Talus’ extensive experience in research and consultancy has centered around international, comparative and European energy law. He has authored and co-authored articles in more than 120 publications, including the AIPN research paper “Long-Term Natural Gas Contracts and Antitrust Law in the European Union and the United States”. Talus’ work has awarded him with many recognitions, including The Willoughby Prize in 2005, for outstanding article published in the Journal of Energy and Natural Resources Law. In addition to his written work, Talus frequently speaks at international conferences. He has held teaching positions at University College London, University of Houston and University of Bonn. He is the Editor-in-Chief for Oil, Gas and Energy Law (OGEL), and a member of the Editorial Board for AIPN’s Journal of World Energy Law and Business, published by Oxford University Press. He works frequently with companies, public authorities and governments in various areas of energy law and policy. His recent assignments relate to EU and international law aspects of large-scale infrastructure investments, upstream oil and gas as well as investment disputes. From 2010 to 2012, Talus served as a member of AIPN’s Australia-Pacific Chapter Organizing Committee. He has also served on AIPN’s Education Advisory Board (EAB) since 2015.