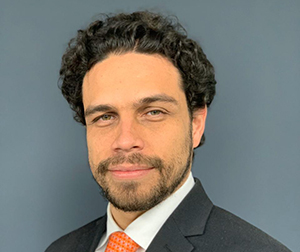 Is an LLM Candidate from the North Sea Energy Law Program. Among other international institutions that have hosted Isaac, he has done research in International Investment Protection and Unitization of Oil and Gas fields in the Aberdeen University Centre for Energy Law (Scotland) and the Scandinavian institute of Maritime Law (Norway), respectively. Isaac specializes in Natural resource management and is currently involved in Unitization discussions as Lead Counsel for Talos Energy Mexico. Isaac has acted as an attorney in Mexico providing legal guidance in the implementation of the comprehensive reforms that liberalized the Oil & Gas industry in Mexico. Isaac negotiated the first Area of Mutual Interest Agreements in the country and its related Joint Operating Agreements for Bidding Round Opportunities in Deep and Shallow water off the Gulf of Mexico. He was part of the team that drafted the first farm-out in Deep Water Gulf of Mexico and helped structure the framework for participation in public bids for Farm-outs. Isaac has negotiated over a dozen Join Operating Agreements. Additionally, he also negotiated other Oil & Gas joint ventures including Area of Mutual Interest Agreements; Joint Bidding Agreements farm-outs agreements (onshore and offshore) service contracts and the latest draft of the Model Transboundary Unit Agreement between the U.S. and Mexico. Isaac participates in the LNG Contracts and Unitization subcommittees and On December 2019, was appointed Regional Director of the AIPN Mexico Sub-Chapter. He recently published an article regarding geopolitics in North America in the Journal of World Energy Law & Business https://academic.oup.com/jwelb/article/12/5/379/5644310.